This wiki houses comprehensive information about Scott Cunningham's philosophy of natural magic. The goal is to have an easy-to-use index of materials, spells, and rituals searchable by a variety of characteristics. As of July 2020, the complete reference material from Cunningham's encyclopedias of both magical herbs and minerals have been added. Still to come is content from his books on magical cooking and essential oils. » Tools of the Craft

meta data for this page

Tools of the Craft

I'm a big fan of supporting American businesses. I strongly believe that American manufacturing and industry are key to reestablishing our economic sovereignty, so I avoid buying imported products as much as I can - and I avoid China as often as possible.

Modern witchcraft practice in all its varied forms is a very consumerist market. You can find all manner of witchcraft accessories and implements on Amazon at low prices, but that means a lot of it is imported. If you are of a like mind and want to source quality tools made in America, look no further - I will always share whatever I find! 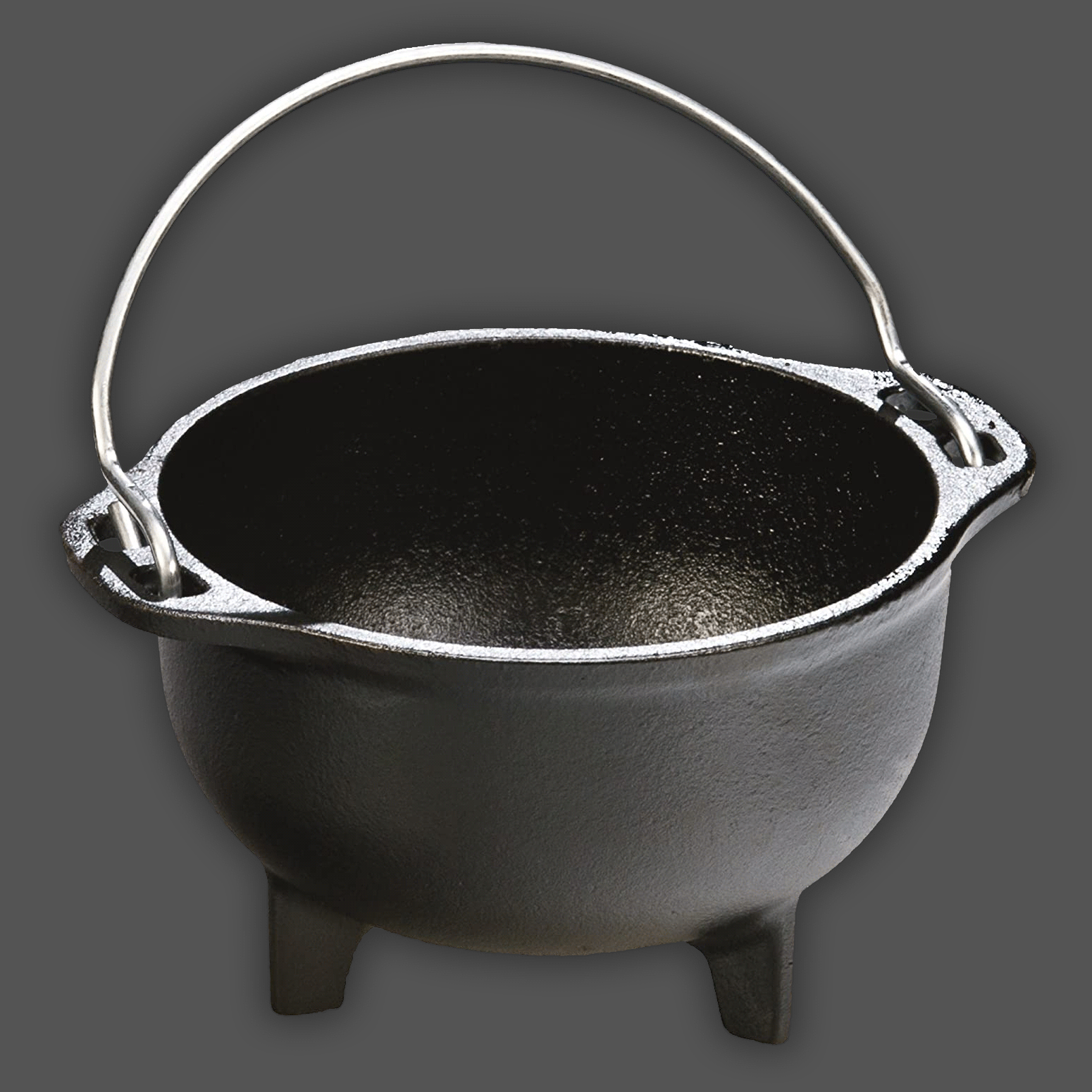 Every witch needs at least one fireproof container on hand - these are useful for smudging, burning loose incense on charcoal, and various spells and rituals which incorporate fire. Be very careful with fire; one unchecked ember can turn a ritual into a disaster. I have a soapstone bowl I bought a few years ago for incense, and while it's pretty nice quality, soapstone isn't great for longevity. It's a very soft rock composed primarily of talc, which means it can scratch and chip easily.

Cast iron, on the other hand, is something that has been used for millennia as a heatproof, fireproof material for cooking and metallurgy. Imagine my surprise when I discovered that all of the Wiccan and witch-themed cast iron altar cauldrons are not only made in China, but reviews indicate many of them are painted iron rather than seasoned cast iron, which involves burning layers of oil on the iron to form a permanent, protective coating.

Fortunately, Lodge - America's biggest manufacturer of cast iron cookware - makes a one pint, handled kettle with feet! You can find it on Amazon for around $30.

Smudging is the use of smoldering aromatic plants to clear negative energy (including non-corporeal beings) from a space. It's an easy, inexpensive technique you can use any time you feel like something's “off” in your home. The most common smudges are made from a desert shrub known as white sage, or Salvia apiana. There are many people who now claim that using this particular plant is “cultural appropriation,” or that the commercial production and sale of white sage smudges is harming local ecosystems and endangering the plant itself. There's not a lot of credibility to any of these claims, it turns out, but that doesn't mean you're restricted to just white sage. In fact, a lot of people dislike the scent white sage puts out!

Any aromatic plant can be used for smudging, including common kitchen herbs like rosemary and (common) sage, as well as evergreen trees like cedar and fir. I tend to prefer using natural materials that are native to where I'm living, so it's pretty great to learn that smudging is much more varied than I'd originally thought.

This great blog post details how to make your own smudges from dried plants. All you need is some undyed cotton string or thread, and whatever you're using for your smudge. If you don't have any plants around for wildcrafting smudges, check out your grocery store's fresh herb selection, try a fresh flower market (for lavender and trimmings from evergreen trees), or order dried herbs online. Smudging is about cleansing and purifying, so use whatever makes sense to you in this context.

© The Wicca Wicci. All rights reserved. ★ Reproduction expressly prohibited.
Questions? Feedback? Comments? Find me on Telegram @volkischexe!
Some pages include Amazon affiliate links. I'm not compensated for linking to any products.